A Tour Of The Netherlands- Get to Know Visa Requirements 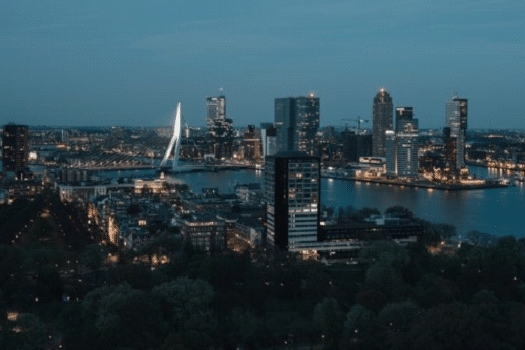 With so much going on in the Netherlands any vacation there is sure to be a jam-packed one. Being one of the happiest places on earth you can’t help but smile when exploring the beauty of the Netherlands. A Netherlands visa may be required for some nationalities and reading through this article you can find out exactly how to apply for one along with some of the best things to do in the country

How To Get A Netherlands Visa

The Netherlands usually referred to as Holland, is located in western Europe. As well as being part of the European Union the Netherlands is also part of the Schengen agreement. This means that some nationalities will need to acquire a Schengen visa in order to visit. Along with the Schengen visa application form additional documentation is needed for the Schengen visa to be approved. These documents include flight itineraries, hotel reservations, financial proof of sufficiency, travel insurance, and a no objection letter. Flight itineraries are commonly known as dummy tickets and are reserved flight tickets to and from the destination country. The embassies strongly advise against purchasing real flight tickets prior to Schengen visa approval. Flight itineraries can be purchased from specialized companies. The Schengen visa application process requests hotel reservations to ensure that accommodation is secured for the length of the trip. Travel insurance will cover the traveler medically whilst abroad. A no objection letter should be written by a teacher or an employer and should state that the traveler is financially stable due to employment/scholarship status. It should also mention that the traveler is expected to return to their home country to resume study/employment commitments. For more in-depth information on Schengen visas or any of the documentation mention above head to VisaBookings. 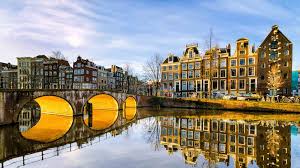 Jumping straight to the point, the first thing people think of when the Netherlands are mentioned is Amsterdam. Being the capital city of the Netherlands it’s not surprising that Amsterdam is so popular, however, there are many other reasons to visit this iconic city. The canals in Amsterdam are a UNESCO world heritage site and make for a great boat trip through the city. Museums line the streets of Amsterdam including the famous Van Gogh museum and the house of Anne Frank, which are on many tourists to do lists. Most of the cafes and bars in the city have some form of live music or entertainment so you can kick back, relax, and maybe nibble on a brownie or two. Amsterdam is a city of interaction and so there are multiple street parties and festivals on the annual events calendar, so be sure to check what’s going on during your trip. Throughout the year Amsterdam’s beauty adapts to the weather. Wintertime often sees the streets dusted with snow and summertime illuminates the cities vibrant colors. 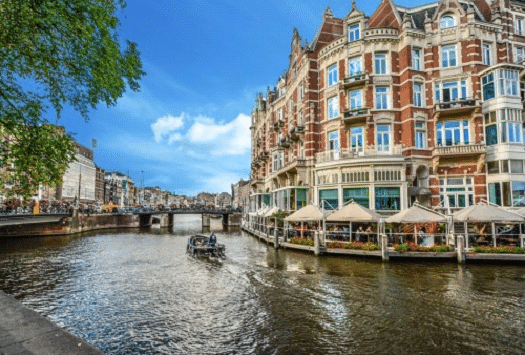 Things To Do In The Netherlands

Flowers are a big deal in the Netherlands especially the Tulip. In Keukenhof around 30km outside of Amsterdam, one of the largest gardens in the world can be found. Commonly known as the Garden of Europe, the Keukenhof gardens have millions of flowers perfectly planted on 32 hectares of land. Bicycles are the main choice of travel in the Netherlands, so much so there are bike lanes almost everywhere. Cycling is a brilliant way to explore the towns and cities of the Netherlands and you don’t usually have to look far to rent one either. Though you might want to look several times before crossing a road. A visit to Zaanse Schans in the north of the Netherlands is maybe the closest thing available to time travel. This village has recreated the 18th and 19th century buildings complete with windmills, factories, bakeries, and wooden houses. Walking the old streets of Zaanse Schans you can eat in the restaurants whilst reading up on its history, do a spot of shopping or even head to the clog warehouse. Anything you do in Zaanse Schans is sure to be memorable. 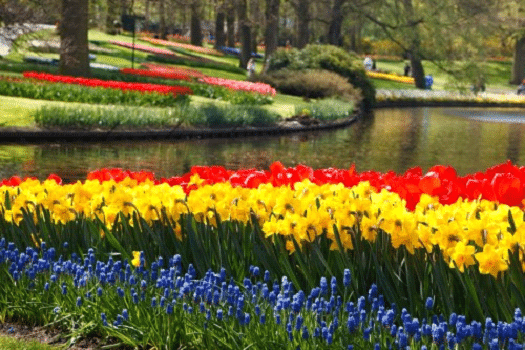 The Dutch have long had a reputation for being slightly wild and out-there, but this again adds to the beauty of exploring their country. Spending time in the Netherlands will more than likely include visiting some rather odd yet funky spots. Heading back to Amsterdam is the Electric Ladyland Museum. Bright glowing multicolored sculptures and paintings fill the museum and walking through it is like being on another planet. For animal lovers, Amsterdam is also home to the Floating Cat Sanctuary. A bit odd since cats usually hate water but the cats on this boat are more than happy. Here you can adopt a cat or just pop by for a cuddle. Hotel Inntel Zaandam is located in Zaandam and is one of the strangest hotels on earth. This 160 room hotel was built to look like over 60 colorful cottages stacked on top of each other. Another unique hotel in the Netherlands is Hotel de Vrouwe van Stavoren. The rooms of this hotel in the town of Stravoren are set up inside of giant wine barrels. Originally these wine barrels would have held over 14,000 liters and now, after a major upcycling project they can sleep two people. 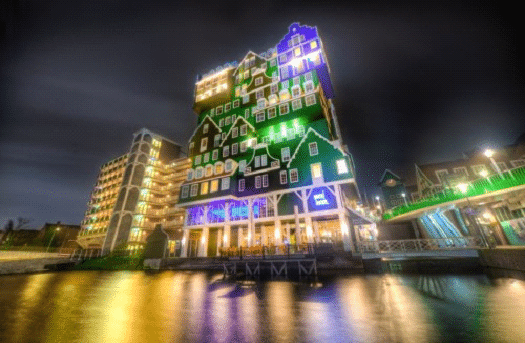 The Dutch charisma is imprinted throughout the country from buildings to nightlife to businesses, if there is one thing that the Dutch are not, it’s boring. Very much in touch with its history, the Netherlands has an array of museums along with several heritage sites. It’s a country that’s not scared to explore the wacky and wonderful and is an idol of inspiration.